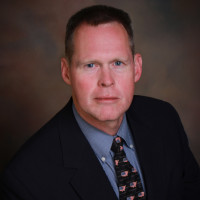 Chuck is a Colonel in the United States Army Reserves.  He was active duty from 1983-1994.  He served in Operation Desert Storm, two deployments for Operation Iraqi Freedom, and most recently, in 2012, a deployment to Afghanistan for Operation Enduring Freedom.

Dr. Ware is an Orthopedic Surgeon with special expertise in arthroscopic procedures, along with shoulder, knee, and hip replacements.